Regional Reports ~ In progress. Will be added as completed 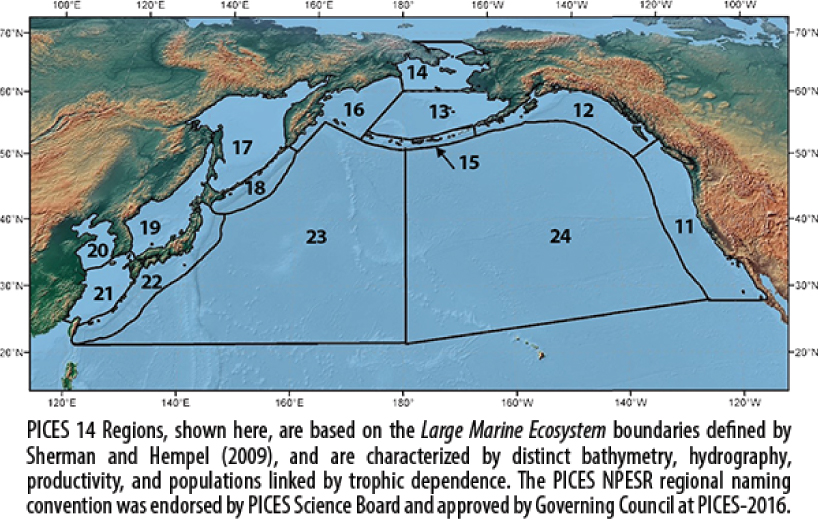 The PICES region of interest includes the Pacific Ocean and adjacent seas north of 25°N, an area of over 35 million km2. The regional reports, as well as the reports on climate and human dimensions, were prepared under the guidance and supervision of a Lead Author. For each region a common format was followed to describe the physical and chemical oceanography, as well as the biological oceanography of phytoplankton, zooplankton, fishes and invertebrates, marine birds and mammals. Depending on the information available, regional reports also include sections on benthos, biogenic habitat, and pollution. The Climate section examines the atmosphere– ocean system of the entire North Pacific and the Human Dimensions section addresses how biophysical changes impact the well-being of people, communities, and economies. The time period of focus for this report is 2009–2016. As with previous NPESR reports, the analyses and descriptions of observations within the focal period are interpreted in the context of historical data and more recent events.