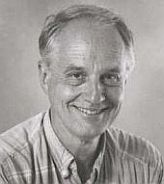 At the 2001 PICES Annual Meeting in in Victoria, Canada, it was announced that the late Dr. Michael M. Mullin (Scripps Institution of Oceanography, U.S.A.) was the recipient of the first annual Wooster Award.

As many of you know, the marine science community had to face the loss of Professor Mullin on December 19, 2000. Professor Mullin was an enthusiastic supporter of PICES and we have benefited greatly from his knowledge and insightful ideas. He had been a BIO Committee member since PICES was established in 1992, and put the Committee on firm footing while serving as its first Chairman. He was also the main organizer of the successful Beyond El Niño Conference (PICES’ first large-scale collaborative activity with 5 other international organizations) held in La Jolla, in March 2000. His excellence in research and teaching, and his broad involvement in North Pacific marine science that spanned many nations, disciplines and scales, is a model for future Wooster Award recipients that will be difficult to match. He will be missed immensely by all but his keen interest and attitude for marine science will not be forgotten. In addition to the Wooster Award, PICES dedicates this year’s topic session on “Plankton Size Classes, Functional Groups and Ecosystem Dynamics: Causes and Consequences” and the subsequent special issue of Progress in Oceanography (2003, Vol. 57, Nos. 3-4, pp. 239-480) to his memory.