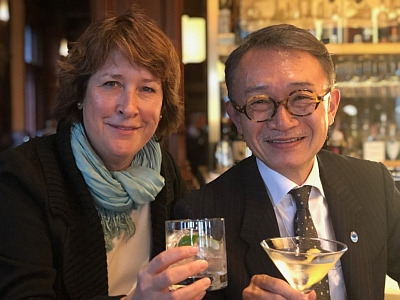 At the 2020 PICES Virtual Annual Meeting in Victoria, Canada, it was announced that Dr. Hiroaki Saito (The University of Tokyo, Japan) was the recipient of the 20th Wooster Award.

The presentation ceremony took place virtually on October 26, 2020 in Victoria, BC, Canada Time, during the Opening Session at PICES-2020 and was conducted by Drs. Chul Park (PICES Chair) and Vera Trainer (PICES Science Board Chair). Dr. Vera Trainer introduced the Wooster Award and read the following citation.

In 2000, PICES Governing Council approved an award named in honour of Professor Warren S. Wooster, a principal founder and the first Chairman of PICES, and a world-renowned researcher and statesman in the area of climate variability and fisheries production. The criteria for selection are sustained excellence in research, teaching, administration or a combination of the three in the area of North Pacific marine science. Special consideration is given to individuals who have worked in integrating the disciplines of marine science, and preference is given to individuals who were or are currently actively involved in PICES activities. Please join me in congratulating the recipient of the 2020 Wooster Award, Dr. Hiroaki Saito.

Armed with his intellectual and his acquired life skills, Hiroaki has shown strong leadership in several national and international scientific programs. Below is a list of the many projects that Hiroaki has been involved in as a member and as a leader.

Dr. Hiroaki Saito also has worked tirelessly for several professional organizations. Most notably IGBP/SCOR, IMBER, CLIVAR, Science Council of Japan, and, of course, PICES. He served terms as a member of the Science Steering Committee of IGBP/SCOR IMBER. He was on the Editorial Board of the journals Progress in Oceanography (2003- 2010), Plankton and Benthos Research (2005-2011), Fisheries Oceanography (2007-2013) and Journal of Oceanography (2011-2019). Currently, Dr. Saito sits on the editorial board of Frontiers in Marine Science (since 2014). Throughout this journey, he has interacted with fellow scientists, such as Ian Perry... 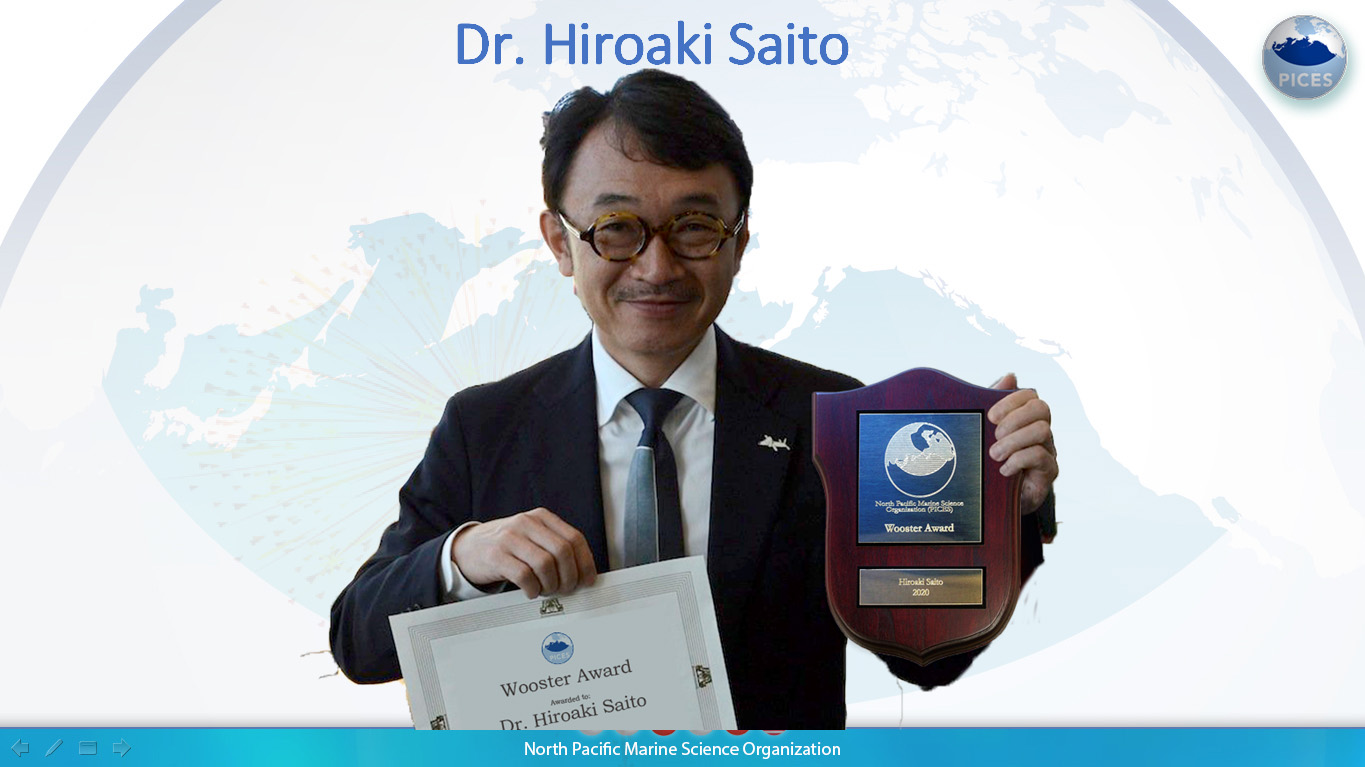 I am really honored to receive such a prestigious award. I have no idea how you were able to get my photos and comments from my family members. I am so surprised. Anyway, I am very happy to receive the PICES Wooster Award. I learned a lot from PICES activities by discussing with my friends working with Secretariat members, Science Board, FUTURE SSC, and other Expert Group members. PICES has especially taught me how to be a good scientist, and how to contribute to a society as a natural scientist. It is very unfortunate that I cannot not thank all of you directly, but through Zoom, I want to provide a message of acknowledgement to everyone. Thank you very much.